The name Marjory Stoneman Douglas may ring a few bells. Perhaps you’ve come across her literary works in the form of hundreds of short stories, contributions to popular children’s books or wide variety of articles created while working at the Miami Herald. Maybe still her name crossed your path during her many years of supporting women’s suffrage, equal rights, better sanitation in Black Miami neighborhoods or while receiving the Presidential Medal of Freedom. However, in recent years, Marjory Stoneman Douglas’s comes with sadness as the namesake of a Parkland high school which endured one of the deadliest mass shootings in United States history. Much like those brave students, Marjory fought passionately and relentlessly for what she believed in, earning the school title on her 100th birthday amidst an ongoing battle for Florida Everglades preservation. Her lifetime of supporting, educating and championing on behalf of the beautiful swampland has led to much of the remarkable progress the Everglades has made and continues to benefit from today. 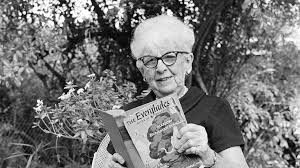 The River of Grass

An eloquent writer and equally talented orator, Marjory’s largest claim to fame was her indelible influence on the Florida Everglades. In 1947, after years of extensive research, her publication of The Everglades: River of Grass shook Florida’s understanding of the wondrous ecosystem and served as wake-up call for those treating the Everglades with indifference. Marjory was also the first to refer to the glades as a ‘River of Grass’. A term which raised awareness and significantly impacted the core understanding of the Everglades wetlands. That same year, President Harry Truman dedicated Everglades National Park. Despite these actions, the Everglades would face significant destruction over the following years in the forms of development, a five-year drought and other significant ecological damage due to human intervention. Acting as an activist spokesperson, Marjory fought for over 50 years, helping to thwart plans for the Everglades Jetport (which would have been the world’s largest airport). In fact, it would have been devastating to the Florida Everglades. Over time, Marjory helped reform water management, founded The Friends of the Everglades and ultimately establishing Big Cypress Natural Preserve. 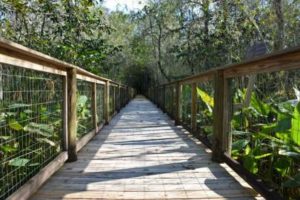 Marjory Stoneman Douglas is often referred to as the ‘Savior of the Everglades’ due to her successful and steadfast attempts at defending the vital wetlands. Today, the Florida Everglades are home to many thriving plant and animal species, in large part to her efforts. Still, they remain threatened by pollution, drainage, loss of habitat and other forms of human intervention. It is our responsibility to continue advocating for the Everglades in her memory and for the health of the Florida ecosystem. As best stated in her own words, “You have to stand up for some things in this world.” The Florida Everglades are an experience to be had, and the powerful influence of eco-activists such as Marjory Stoneman Douglas remain forever imprinted on the subtropical preserve. So, the next time you climb aboard an Everglades airboat or swamp buggy, you’ll likely think of Marjory Stoneman Douglas as the person who helped make it possible!